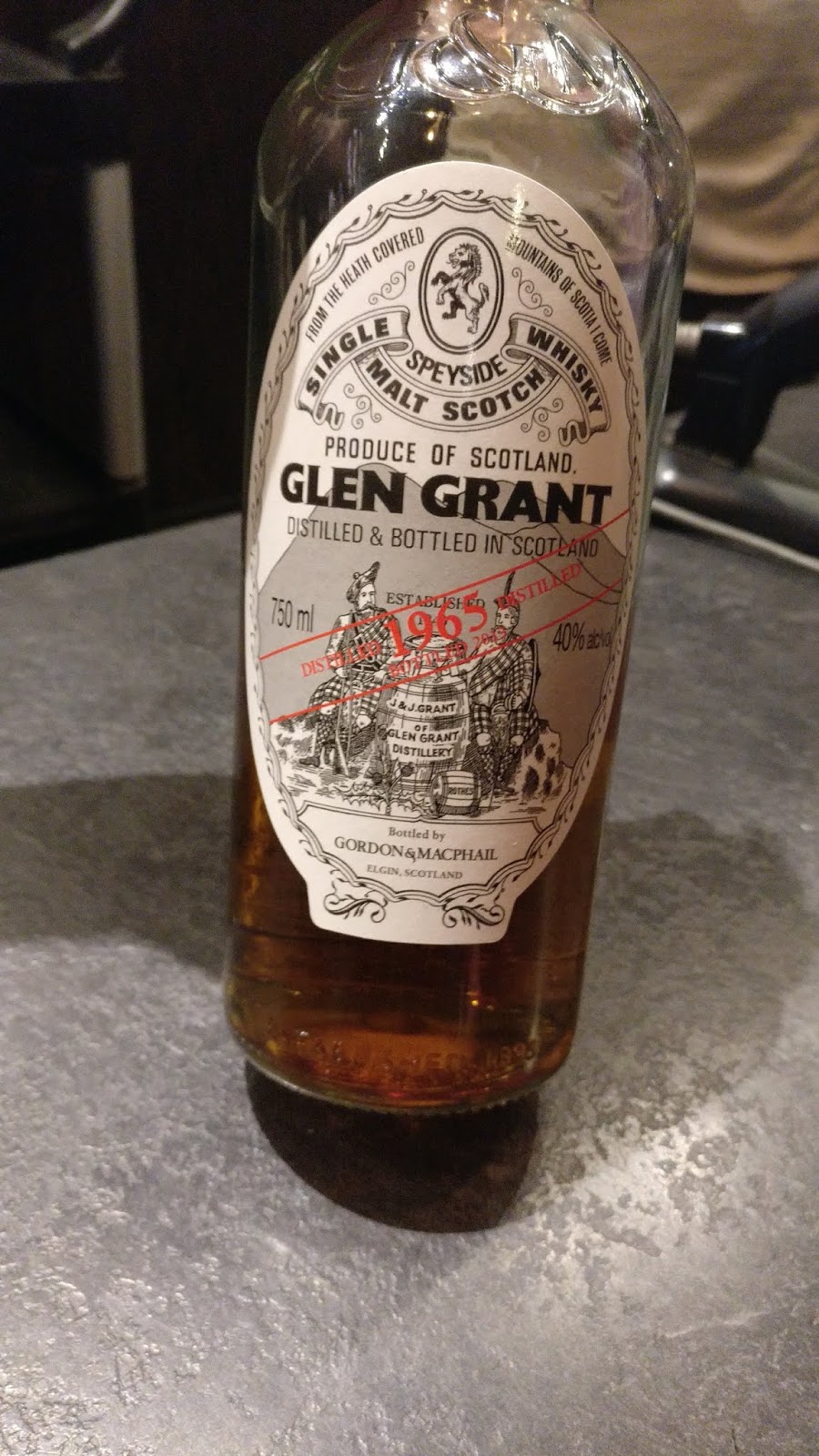 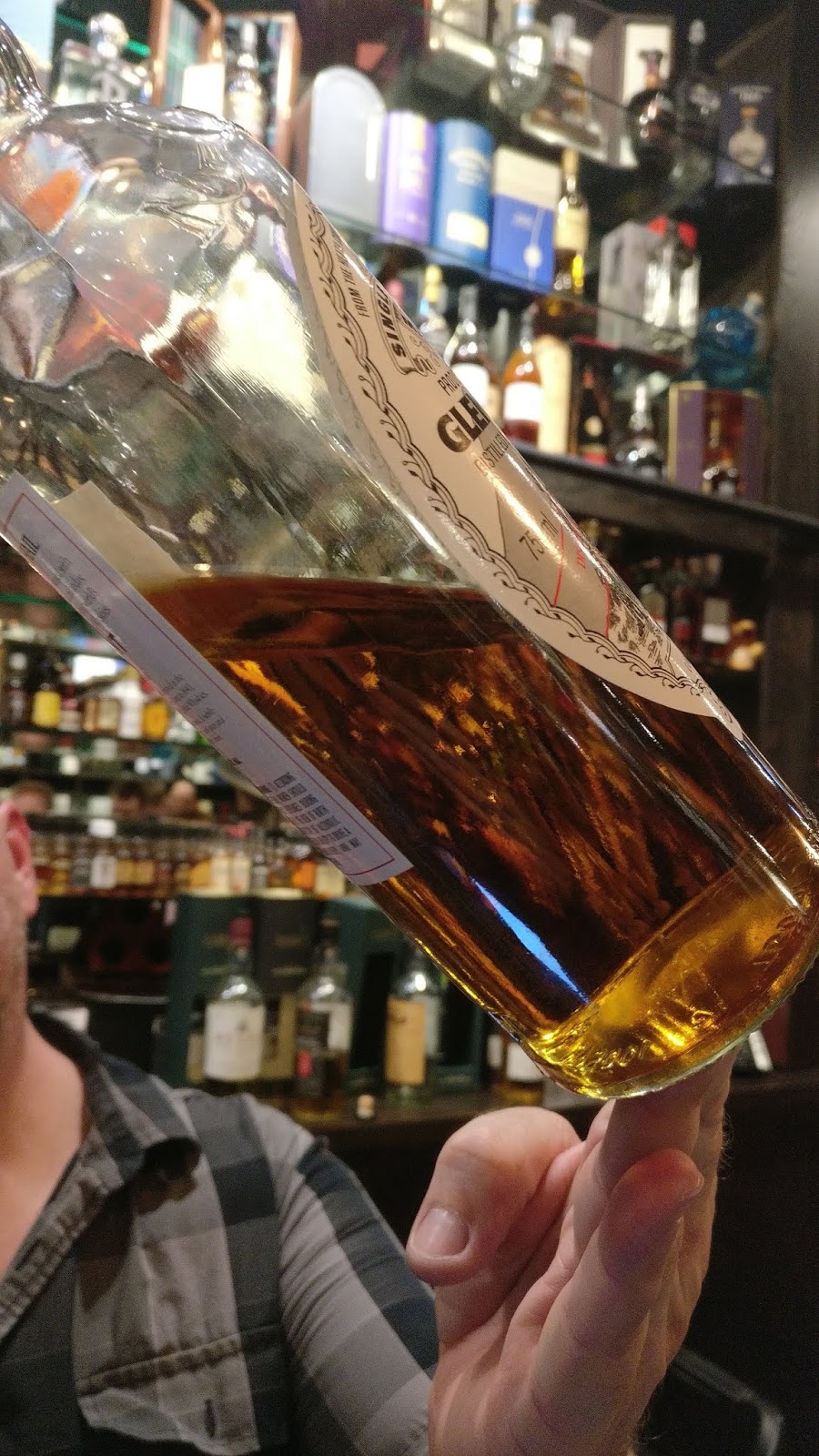 Friday night I attended a Gordon & MacPhail tasting at Ace Spirits. They served a few different scotches, but the one everyone was most excited for was this, the 48 year old 1965 Glen Grant. I got involved in conversation with the employees and attendees over the evening and just enjoyed the pours, but one of the employees was kind enough to give me a second dram of this and I took some good notes.

Nose: Sweetness is the major scent. Reminds me of toasted barley predominantly, with notes of dates and toffee.

Palate: Rich, woody and oaky, with an underlying malty sweetness. I imagined that a whisky lying in wood this long would have been much more woody than this, but this is honey and lightly floral sweet notes all over.

Verdict: It's speyside through and through, and absolutely uninteresting to me. It's a fine dram, and certainly more complex than most of the speyside whiskeys I've had...no surprise at the age. That said, the flavor set these whiskeys have just isn't for me. If you love speyside and someone pulls out a bottle of this, though, don't turn it down. I really enjoyed talking to everyone around me as they sampled it, but when I said that while it is a fine whiskey I far preferred the Old Pulteney 21 bottling we'd had earlier in the evening many of them looked at me like I'd grown a second head. Still, it was nice to see they got the same predominant flavor sets I was getting, and it was a fun one to talk through!

Would I order this in a bar: No, for the money I know of a zillion things I'd prefer.

Would I drink this if someone gave me a glass: Certainly! It's a fine dram, just on the far side of the flavor wheel from where I like to be.