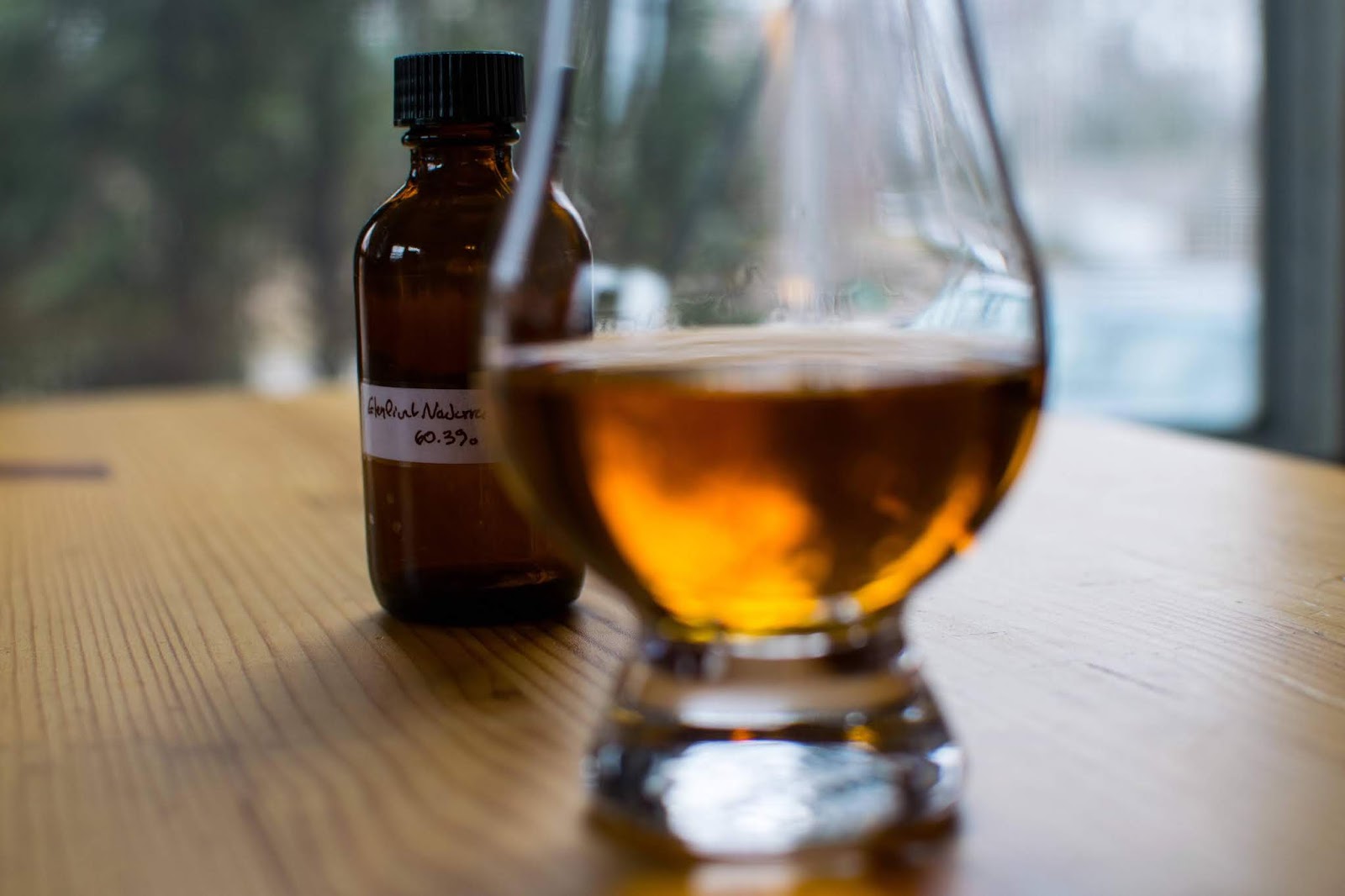 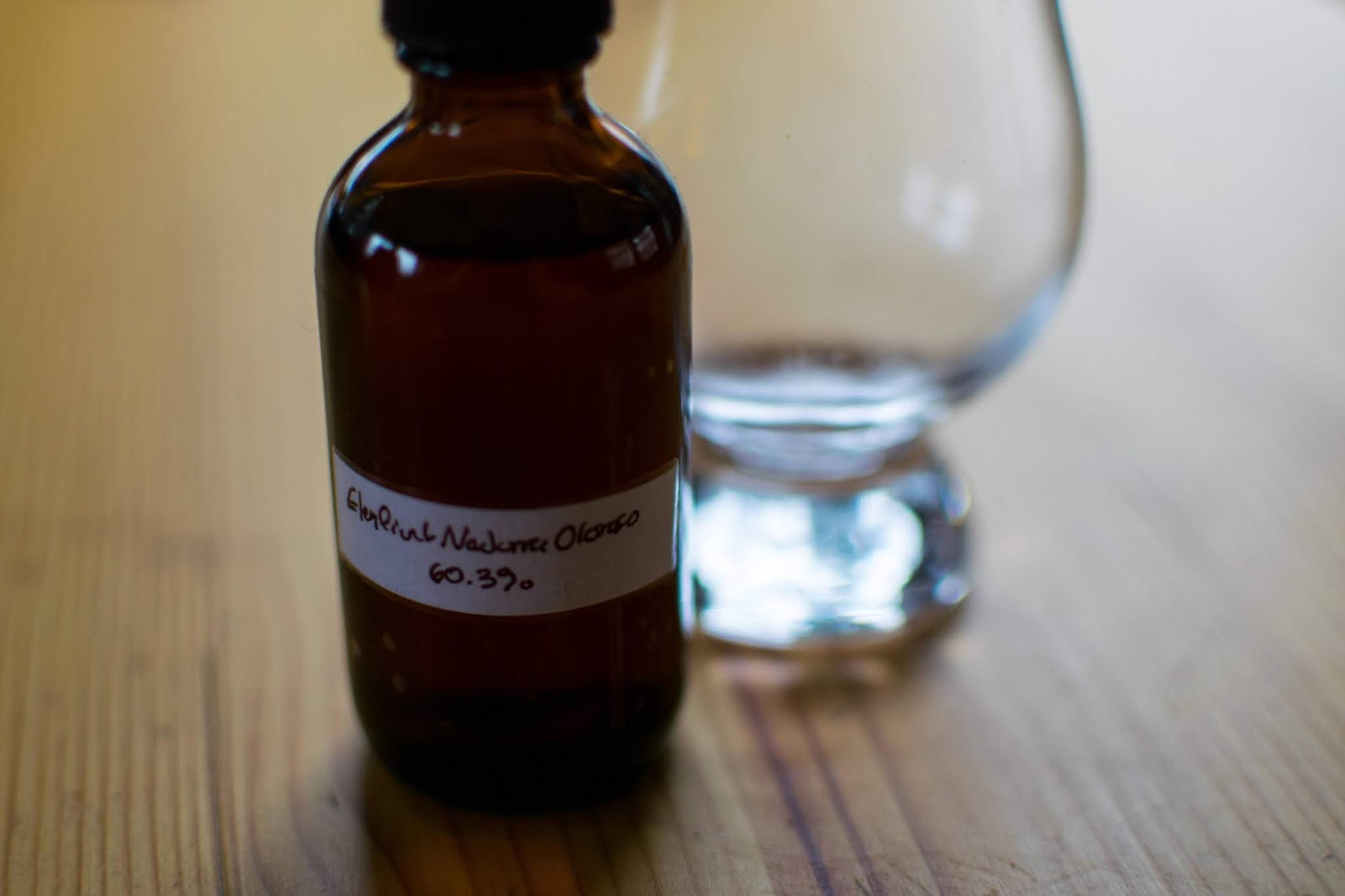 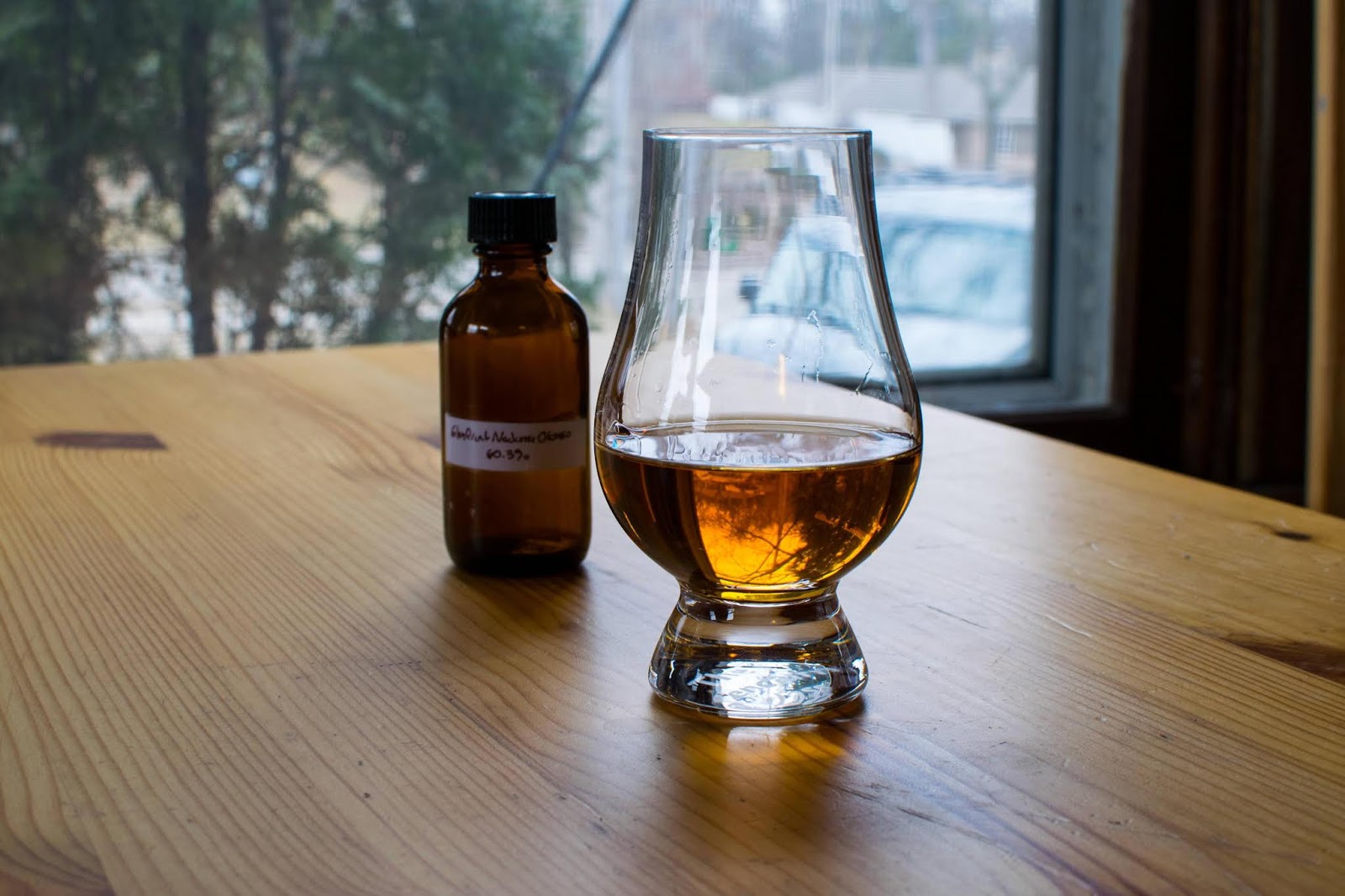 It's been a long weekend, and not in a great way...but not in a bad way either. Finally got preapproval done, and we started the home shopping process for our first house purchase this weekend. We drove around looking at so many houses. The weather is warmer but dreary. I've been exercising more, which is good, but I ache everywhere again. So, I'm cracking open a scotch sample on a Sunday afternoon. Let's see how NCF cask strength sherried Glenlivet is! I have really liked the two bottles of the 16 year old original Nadurra, despite not being a huge Speyside fan, so let's see how this does. Thanks to t8ke for this sample!

Nose: Taking a first nose after letting it sit while I snapped some photos (and seriously, the light sucks for photos this afternoon, but I know if I set up the lighting stand the cats will just massacre the thing) I smell nothing but sherry with the faintest underpinnings of cereal grains. It's like someone cracked open a sherry butt inside this glencairn. Hazelnut, toffee, apricot, balsamic vinegar, and a bit of oaky vanilla and orange peel.

Finish: Sweet and slightly spicy, just a touch of oak. There's a faint moment of underripe banana, which makes me wonder how long this was aged before it was put in finishing casks, but it's gone before you know it. The alcohol hits that perfect spot that makes your mouth react like something was salty, really making it water, which perfectly counteracts the spicy and woody portions of the finish.

Verdict: Overall not bad. I feel like the underlying spirit gets really lost under the sherry though. Seriously, it tastes like someone magically made 120 proof Oloroso sherry. You get little peeks of the malt, like hints of it popping it's head out from around the giant sherry costume to say hello, but mostly it's just..sherry. If you like a big sherried dram, though, this certainly isn't a bad one.

Would I buy this: No. There are a ton of drams I'd prefer to this, especially in the price range. I know the age stated Nadurra is going away but I still can find it in shops here and I''d choose it over this every time.

Would I order this in a bar: Maybe? Chances are slim, but if I wanted a dessert sherry based dram and they didn't have any others I wouldn't be against it.

Would I drink this if someone gave me a glass: Certainly! It's in no way bad. It's just not great. 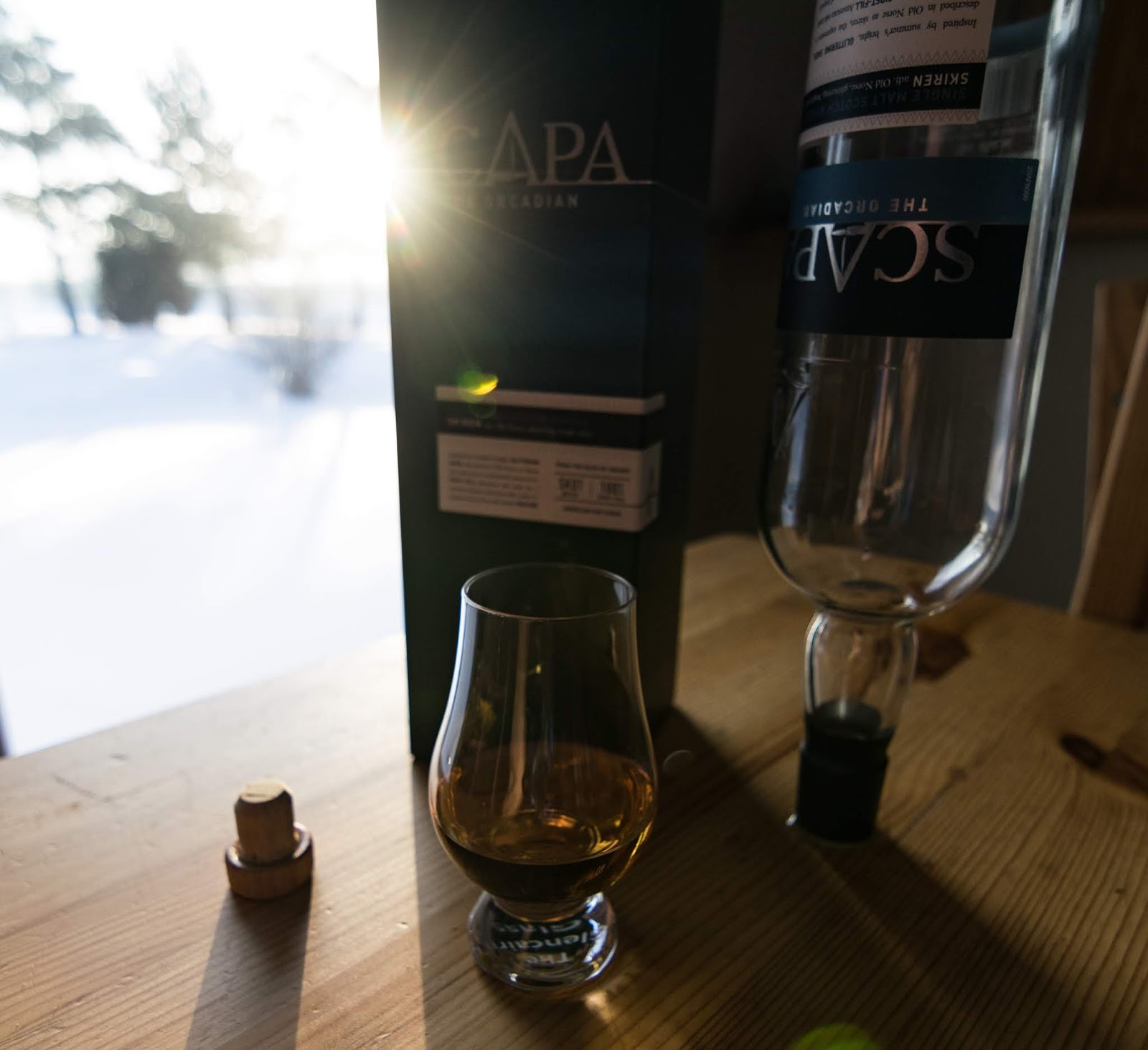 Nose: Warm honey. Clotted cream. Ripe pear, bitter orange peel, apple, a little fennel seed. Palate: The honey sweetness continues. Fresh crushed malt, sweet cream, pear, dried orange, lemon, a little pineapple. Hints of oak and vanilla. Finish: Medium. Sweet oak and a dusting of cinnamon. Verdict: It's a fine whiskey. But it's not a great one. Comparing this to the 16 year, though, this falls far, far short of it. The 16 was my favorite warm summer day scotch. This is...boring. Would I buy this: At the price they want for it, not a chance. Would I order this in a bar: Probably not. Would I drink this if someone gave me a glass: Sure! It's certainly not bad. It's just not memorable or exciting in any way. Rating:★★
Read more