- December 15, 2018
This is all t8ke's fault. (Thanks for taking the blame, t8ke!) I haven't had Dewar's White Label in an age, and the only times I could remember involved an airplane, and being in a dry aluminum tube 30k feet in the sky makes it so you can't taste anything right. He sent me the below 1960's era White Label, so I needed a comparison and bought the 375ml. The color is certainly different, but how do they measure up to each other beyond that? Let's find out. 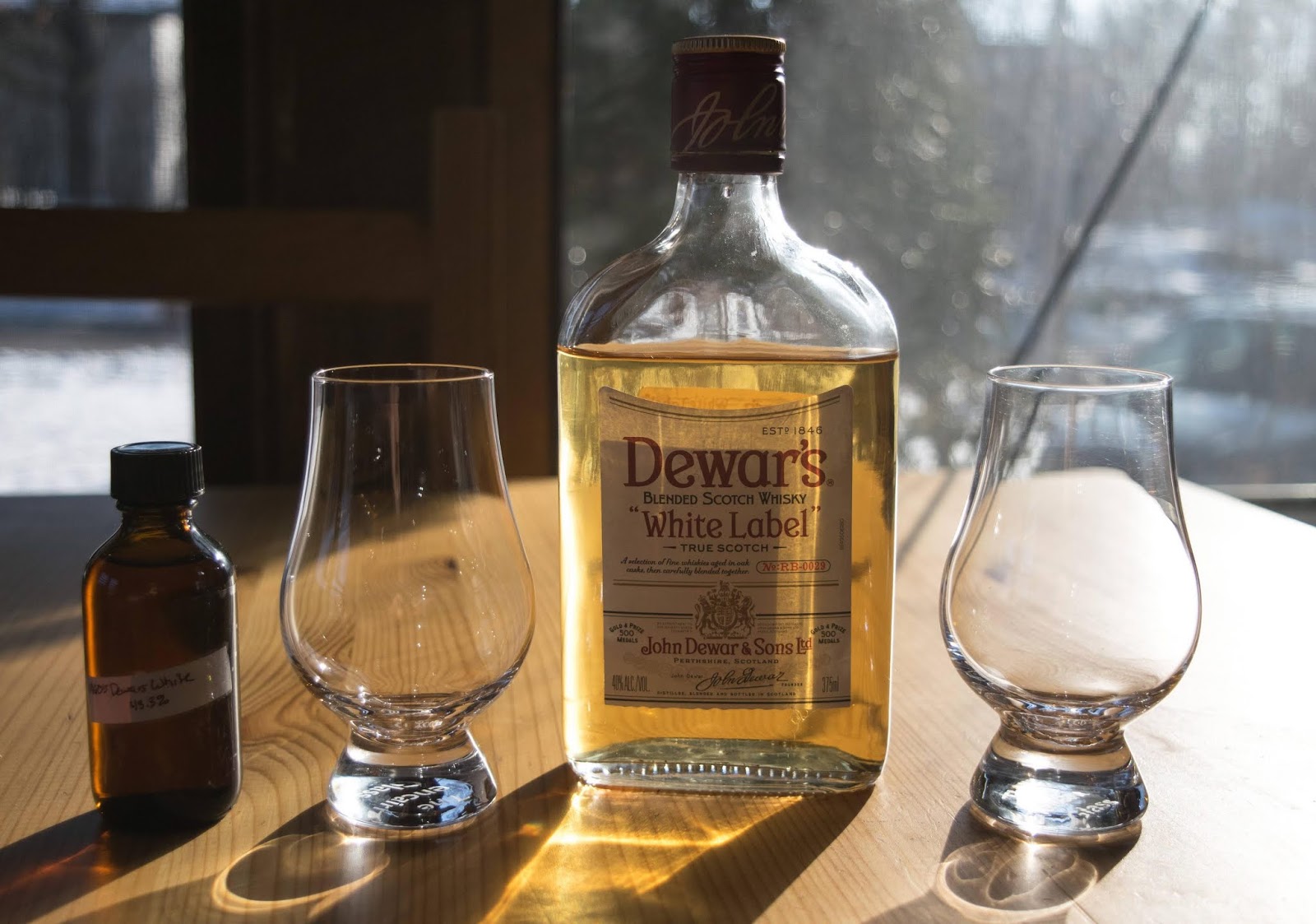 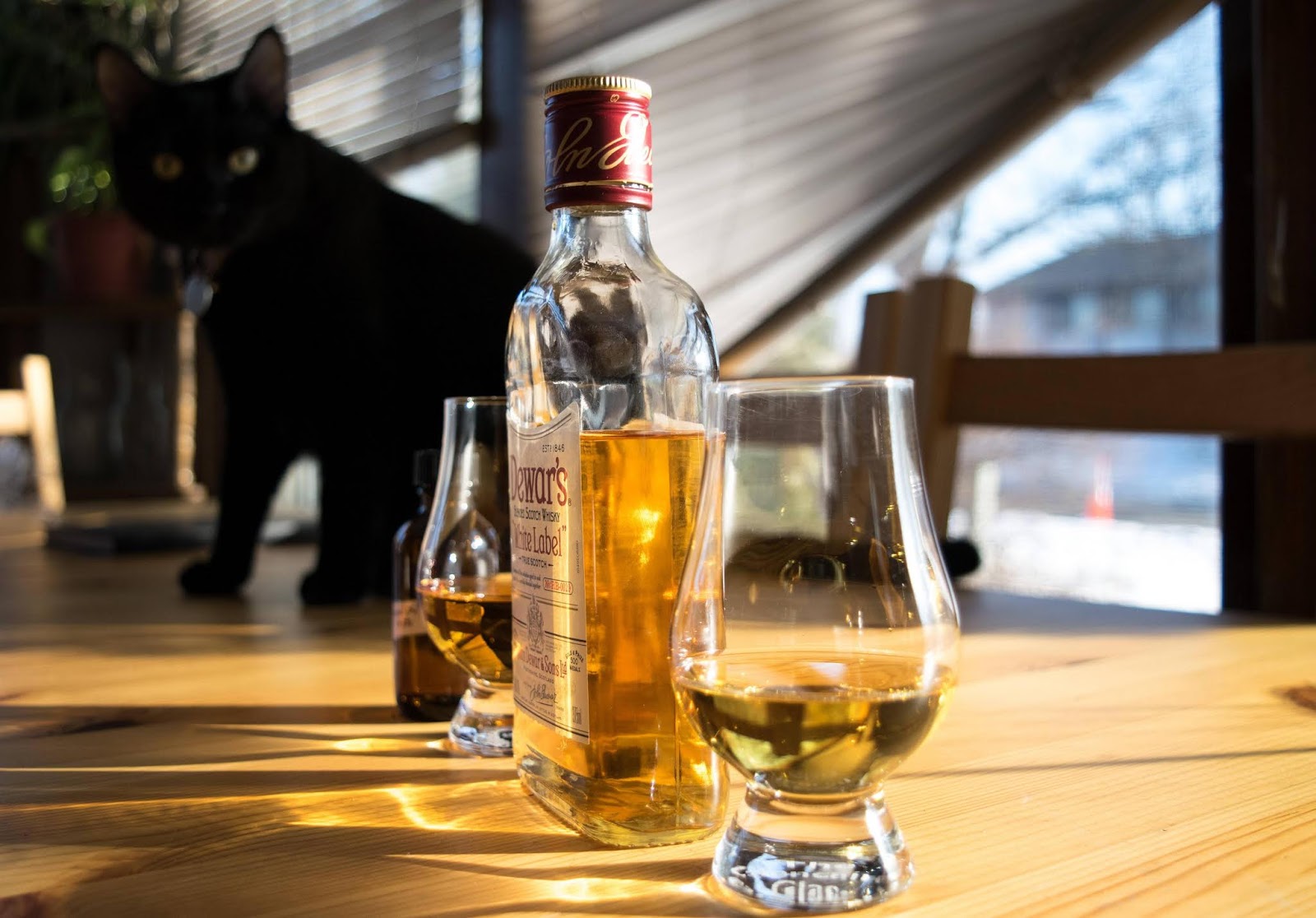 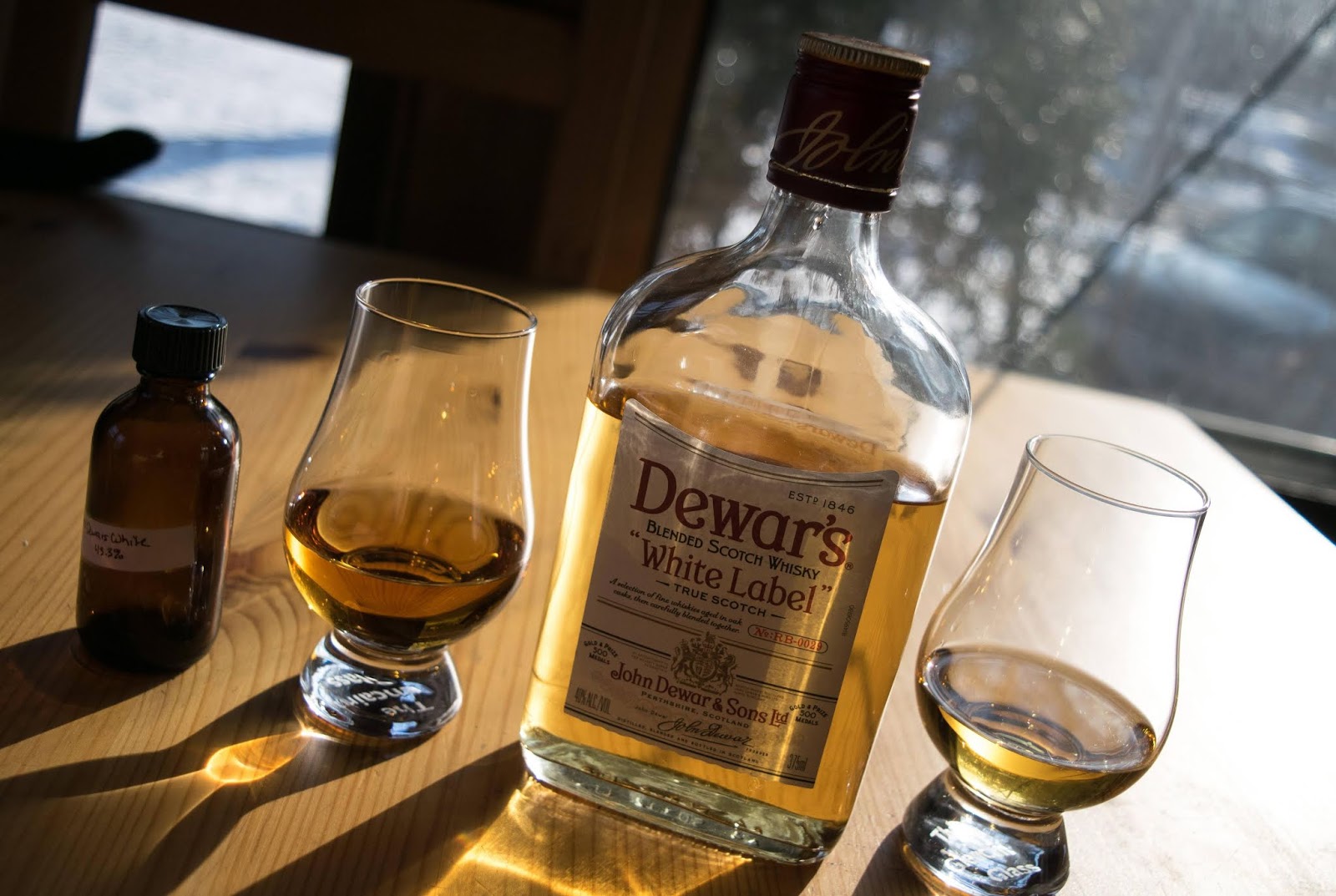 Nose: This smells of almost nothing. Backing off brings light heather, honey, unripe pear, and tiny hints of acetone. There's not much there, though. Seriously, even for a blend, that's thin.

Palate: Sweet and thin. Honey, something flowery, then minerals.

Finish: Short alcohol burn balanced by a moment of sweetness.

Verdict: This is the most nothing whiskey I've ever had, which was what I remember of it. It's not bad, but there's nothing good here either. The Coors Light of Scotch. Literally what I'd balance everything against, since it's dead in the middle, being neither good nor bad.

Nose: Wax, or something like? Oak, wet granite, overripe plums, furniture polish, and something like sea water mixed with musty hay left to sit too long in the dark. Whatever it is doesn't dominate, but it's there, lurking.

Verdict: A lot more character, some good, some bad. More good than bad, in that at least it shows some characteristics I like. Not unpleasant, and I'd take it over current White Label any day, but it's not great. I wouldn't have guessed it's a blend if I hadn't been told, it doesn't have any of the thin sweetness I associate blended scotch with.