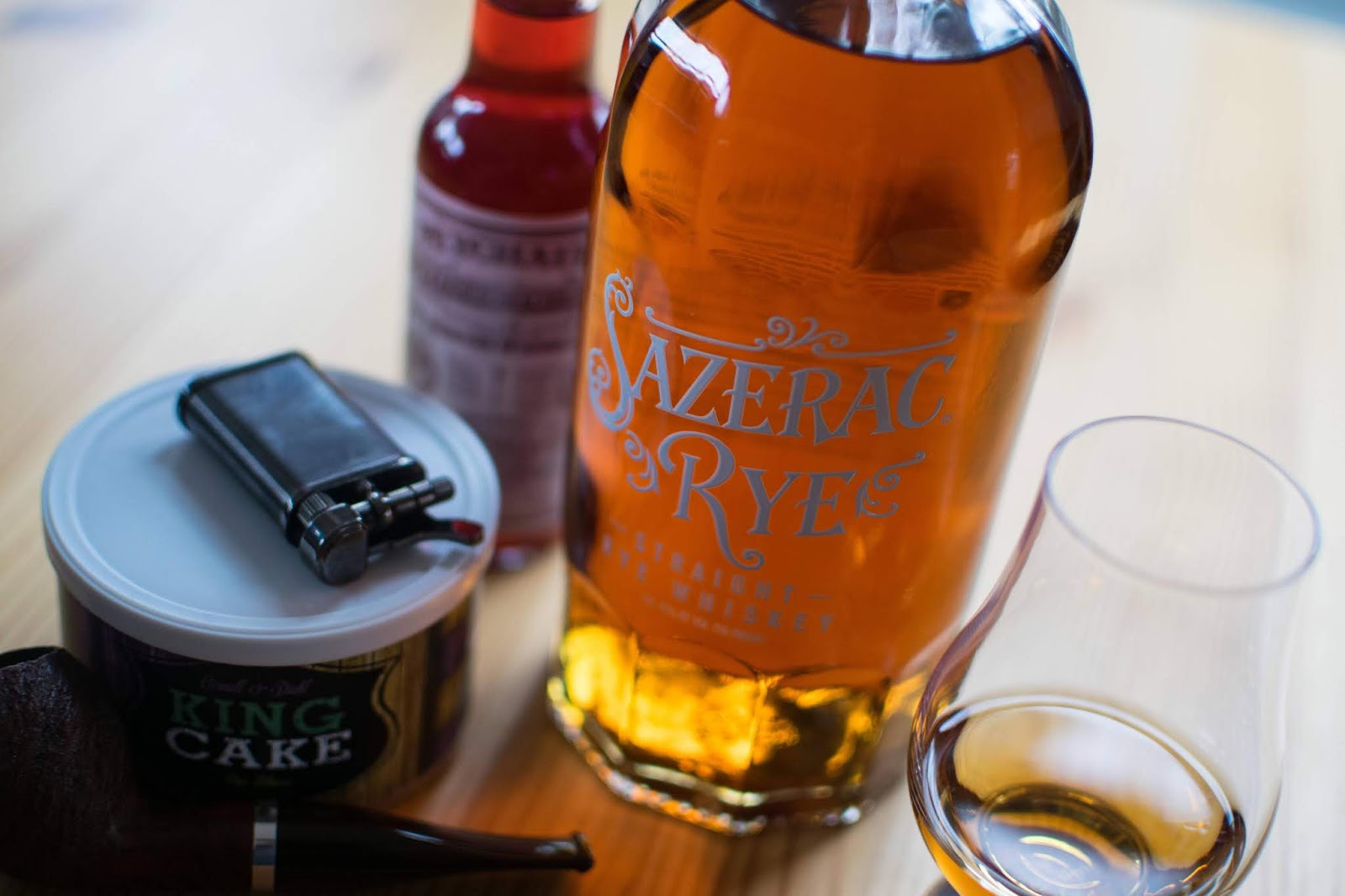 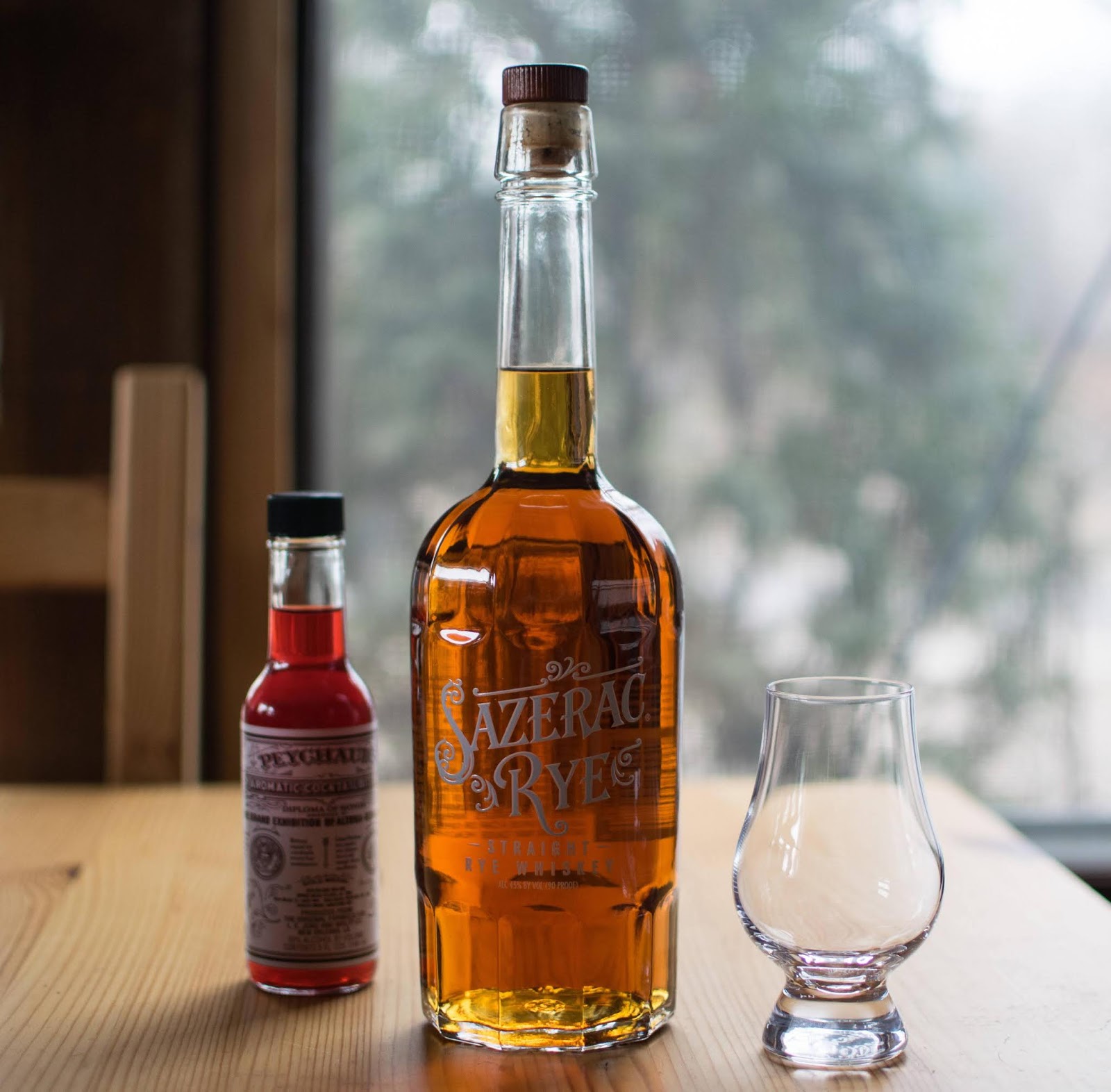 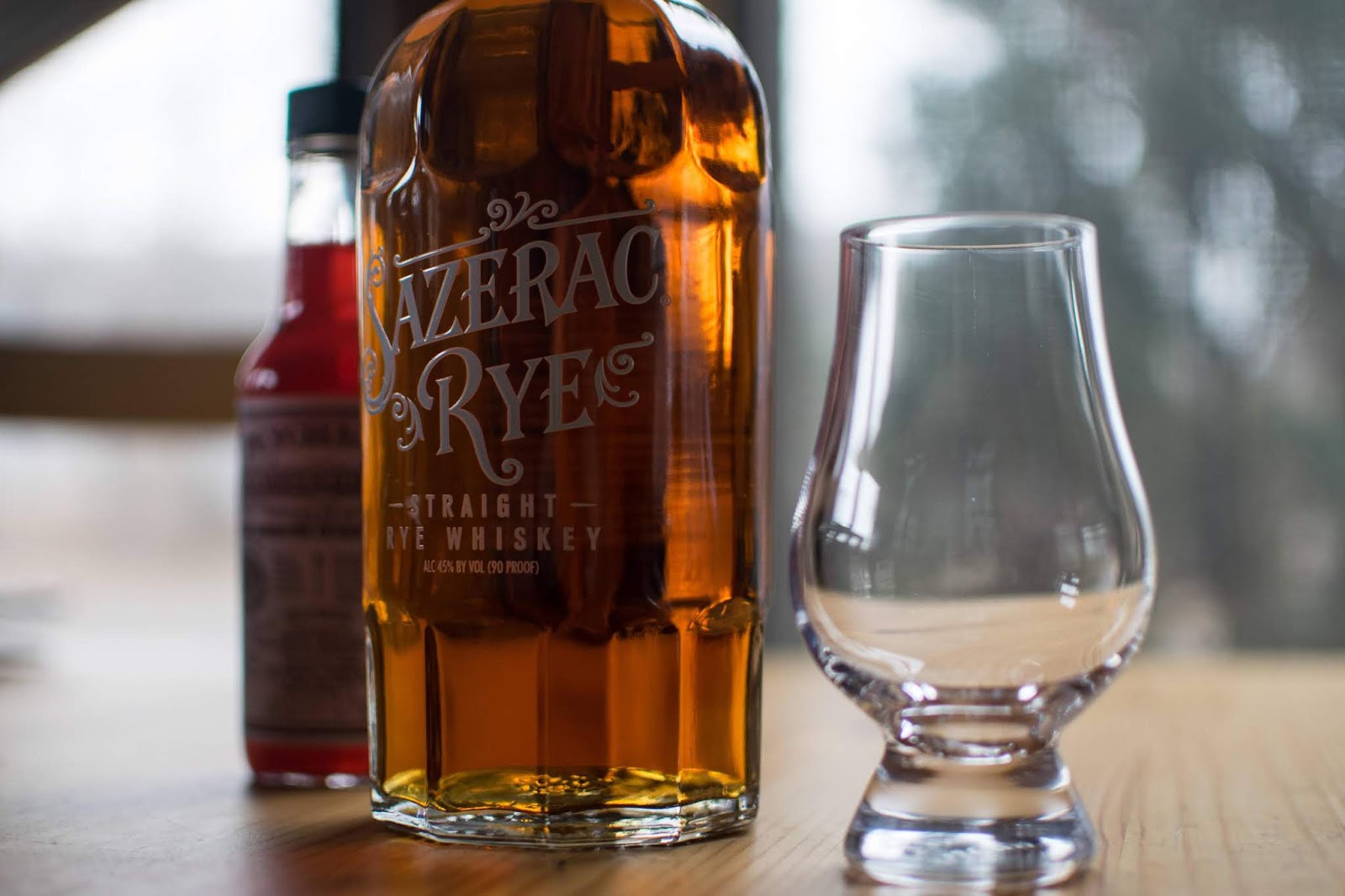 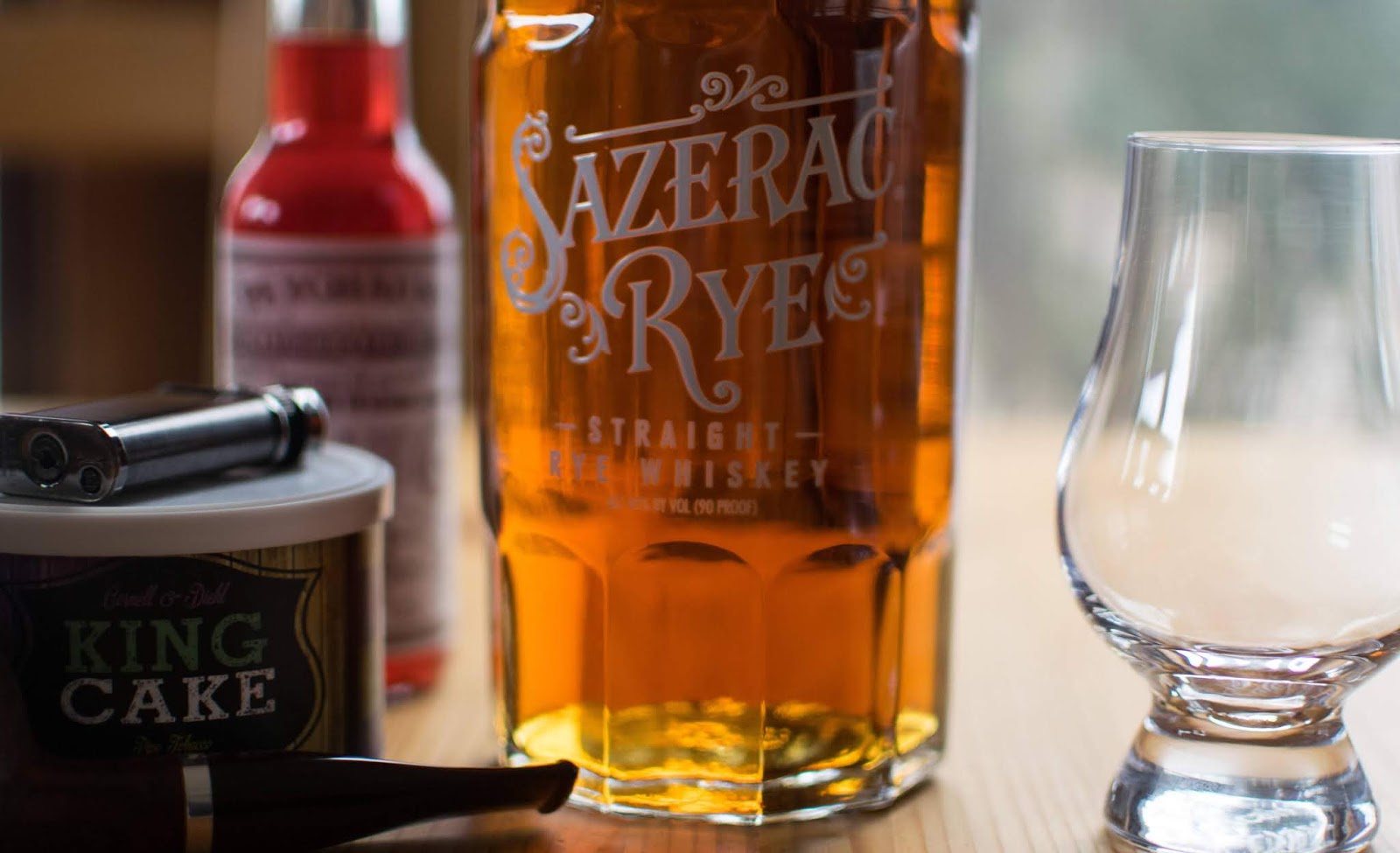 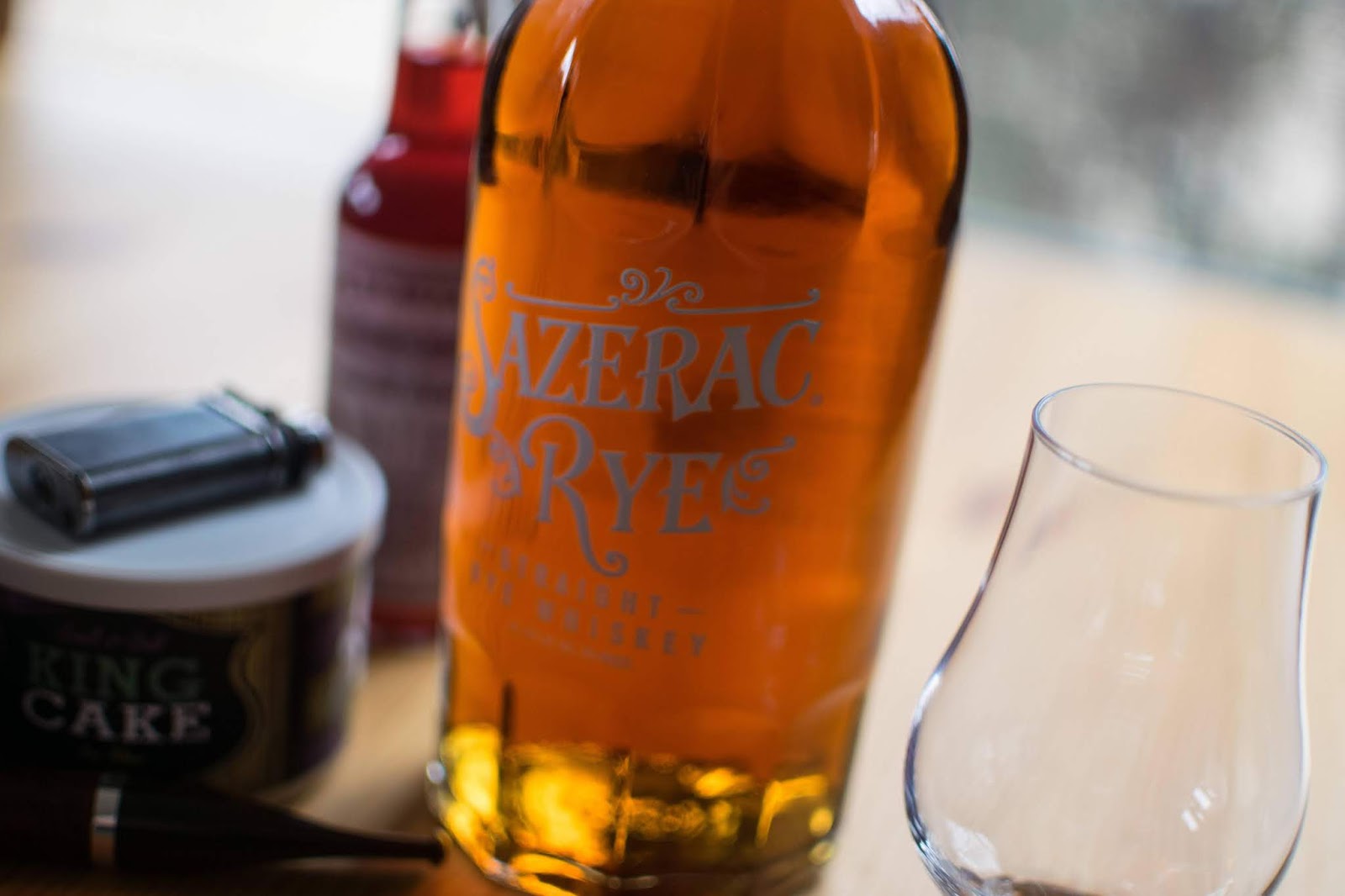 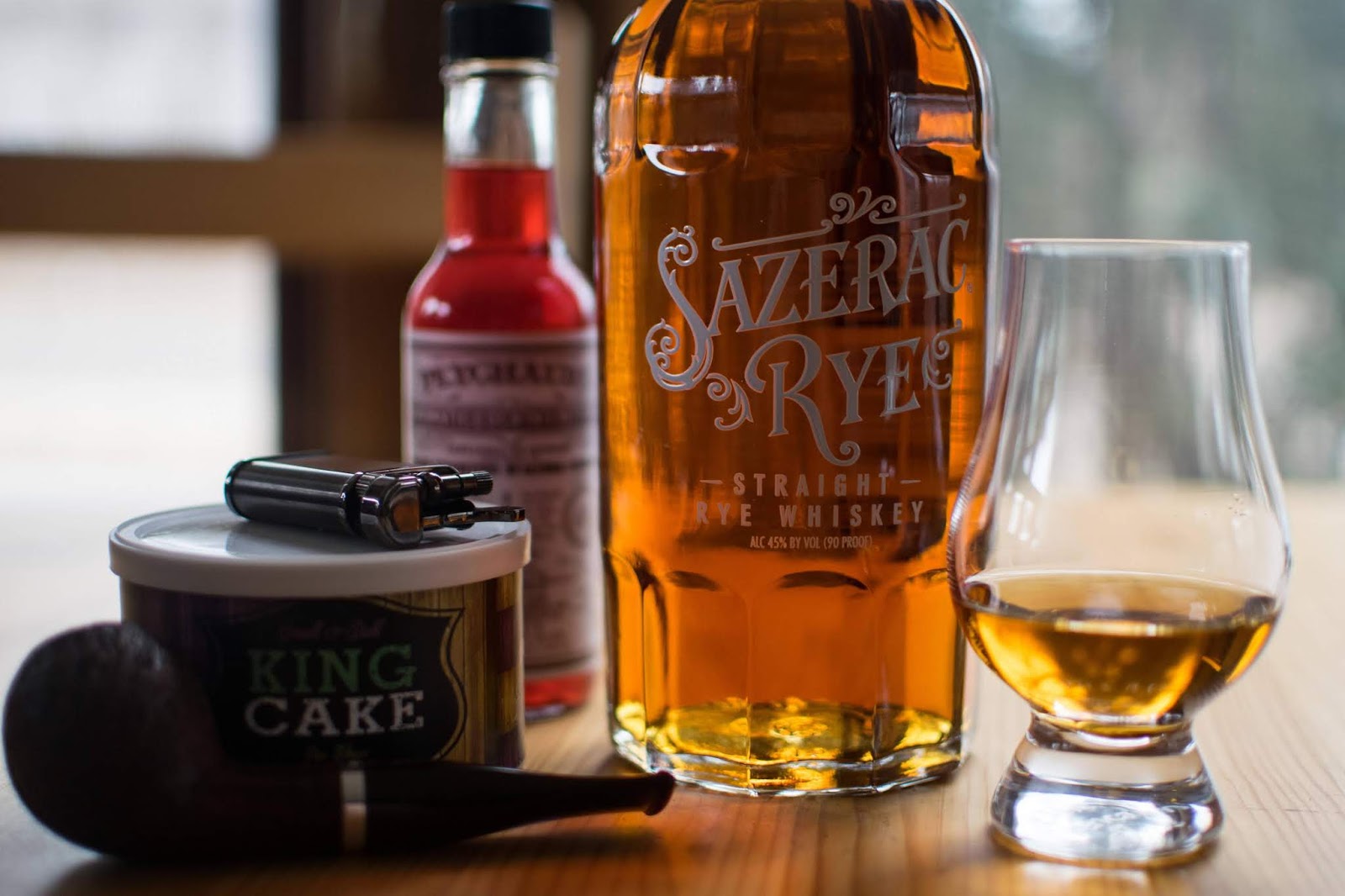 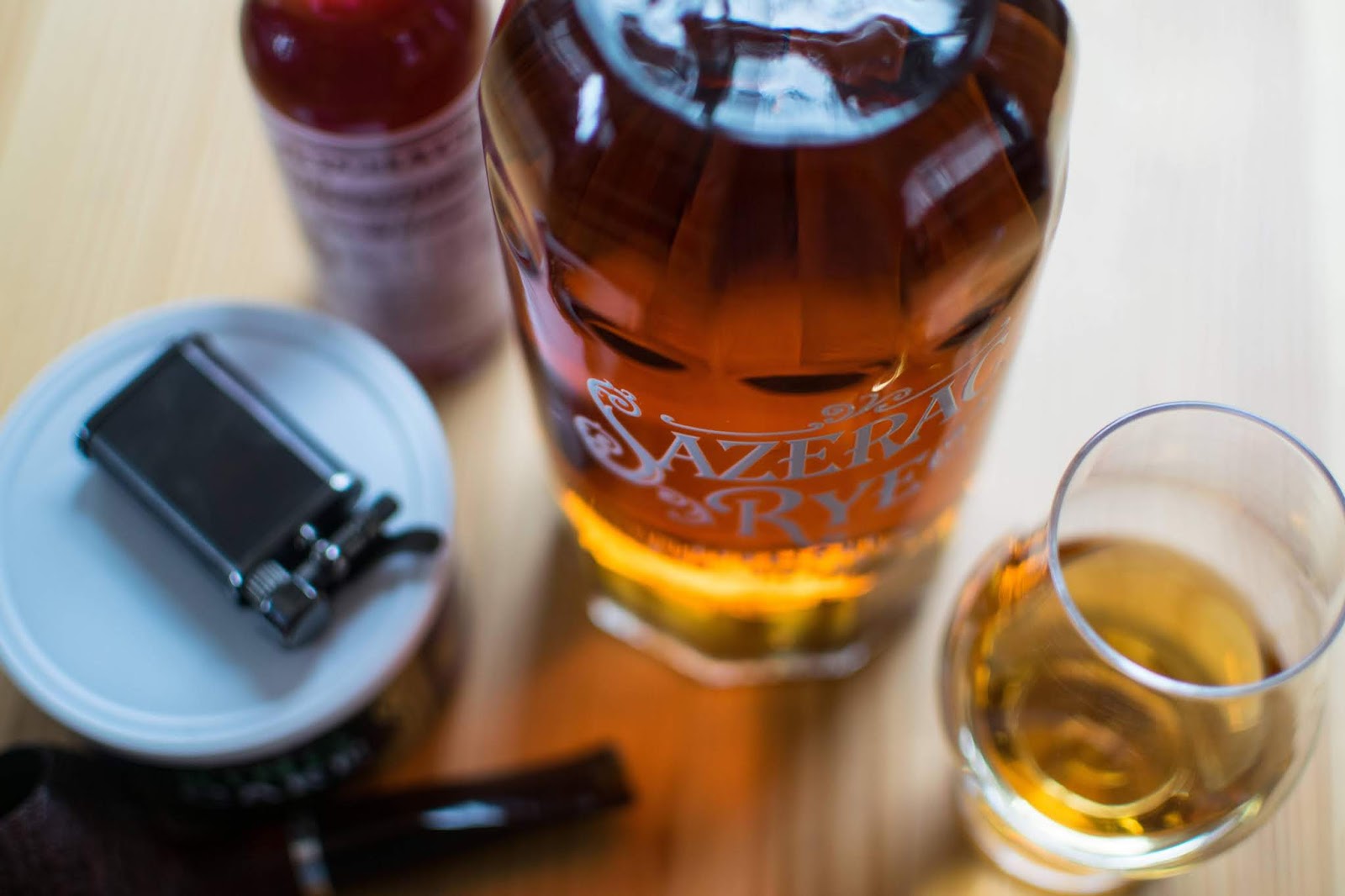 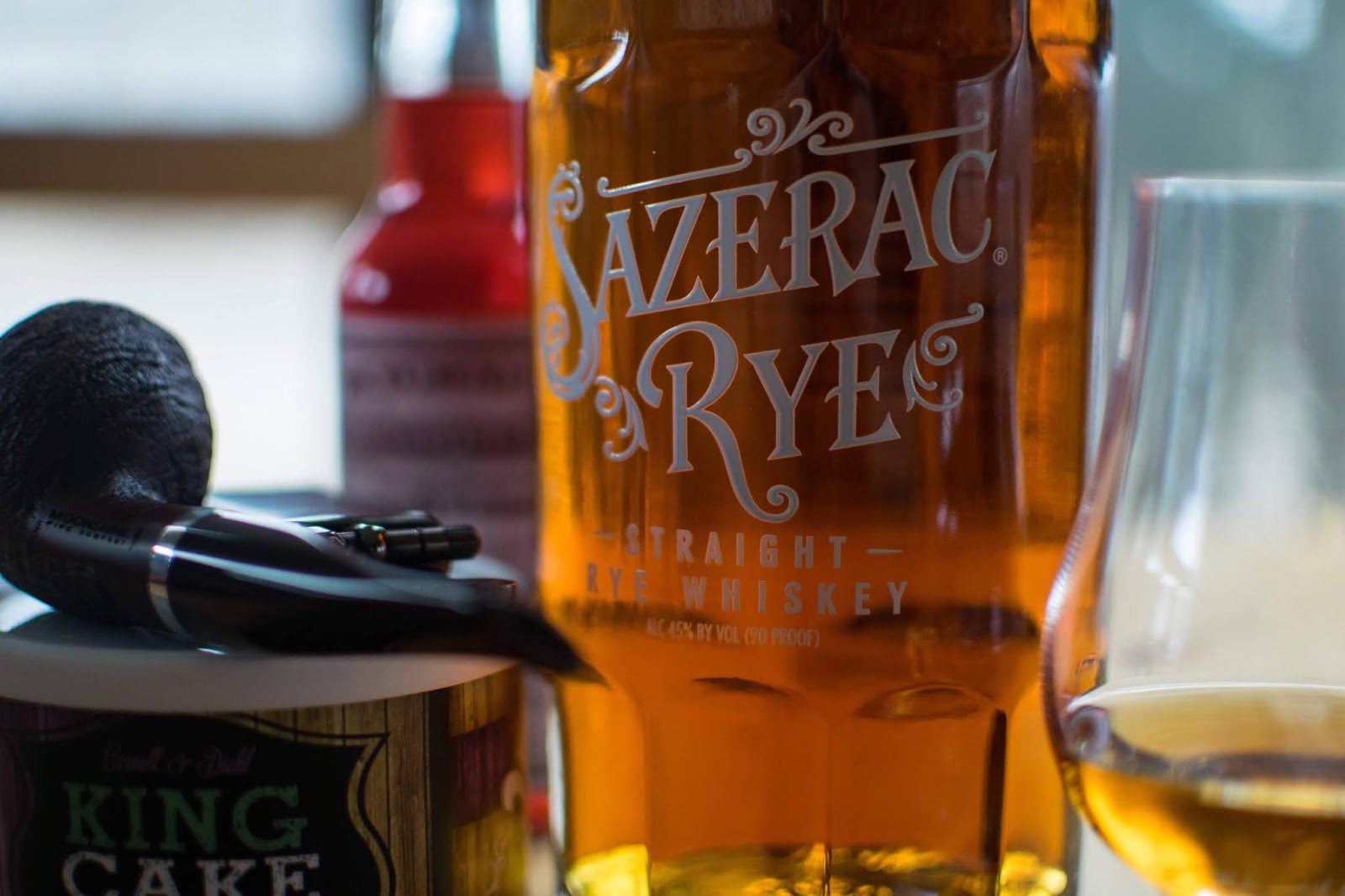 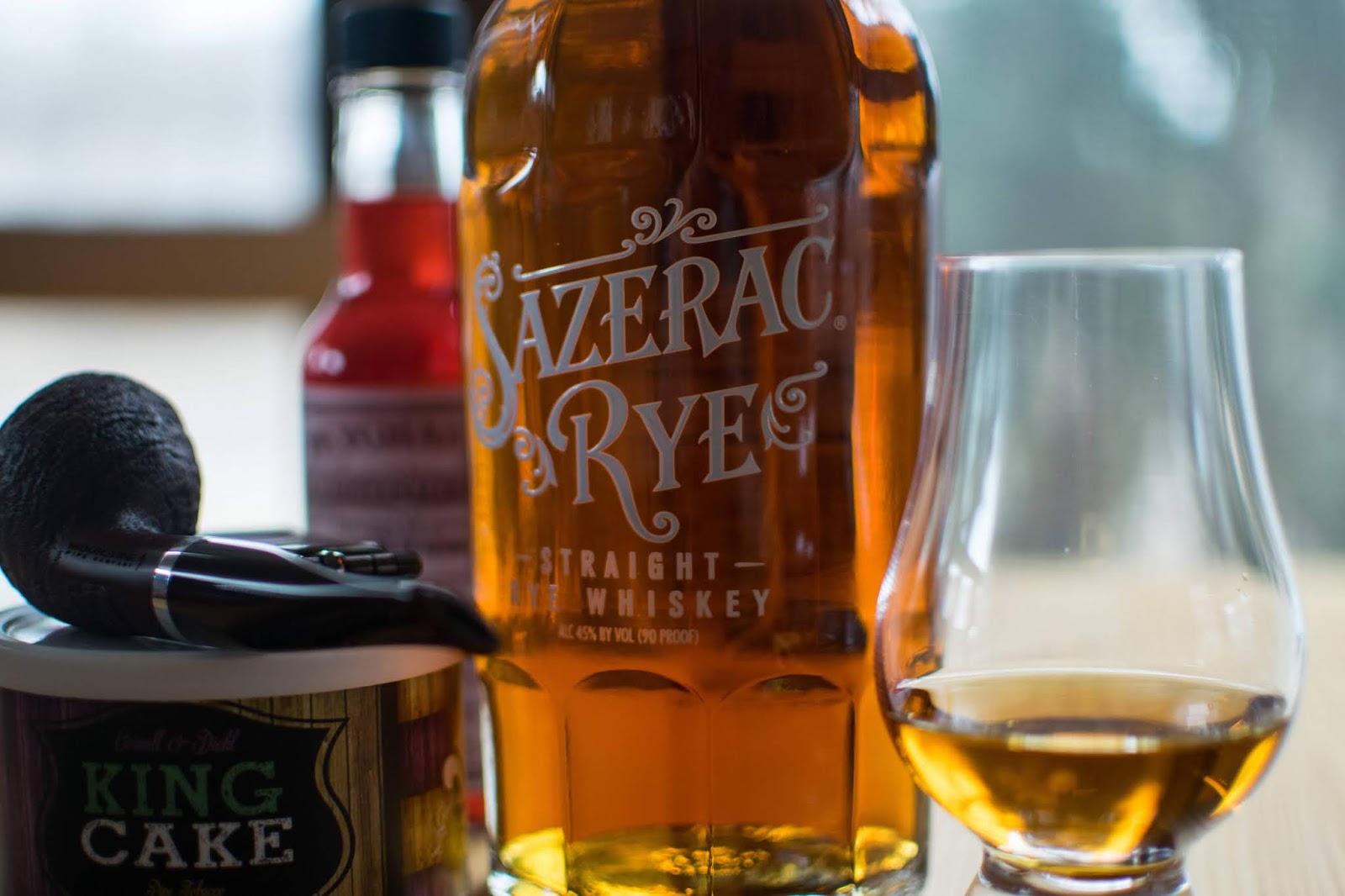 It's Oscar night, and it's coinciding with Mardi Gras this year, so we're doing a themed party here today. What better whiskey to kick off the morning as I bake my roux for gumbo (yep, I bake my roux. I'm lazy.) than Sazerac? We'll be doing it up with actual Sazerac cocktails for dessert tonight. The bottle's so damned pretty I was hoping for sun this morning, but no luck. I did my best for pictures in the sun room, though. Let's see how this rye does.

Nose: Faint, which is surprising. Caramel, honey, touches of spice, orangy citrus, and toasted grain. There's no way this is much than the legal minimum of 51% rye.

Palate: Floral and woodsy cinnamon, a bit of pepper and sweetness. Then the rye moves forward, in a very toasted rye bread way. Hints of anise and vanilla throughout.

Finish: Savory spicy rye fades to honey, anise, and nutmeg, then transforms to sweet red fruit and a bit of woody oak.

Verdict: Very bourbon-like, but it's very good. It's accessible, crisp, and will probably make a very fine Sazerac cocktail. It's not what I imagine when I think of rye whiskey. That said, it's really very well done, with delicate sweetness that balances the spicy rye very well. All the things I expect from rye are there, just playing with all the sweet vanilla backbone notes of bourbon. I honestly find myself wondering if this is what all those bourbon/rye mixes, like Bourye and Forgiven are sort of like. Maybe I'll grab one and find out sometime. Still, I can absolutely imagine sipping this on a sunny porch in the afternoon, listening to Clifton Chenier on the radio and talking about...whatever. Also, I have to give a shout out to the bottle, which really satisfies a number of old timey bottle desires. It's beautiful, the cork makes great cork sounds, and the bottle "glug glug glugs" whiskey into your glass the way every sound editor has ever told us it should.

Would I buy this: Yes, especially to introduce people to rye. It's also quite nice on its own, just don't expect the big frontiersman rye whiskey that people often think of when they picture rye.

Would I order this in a bar: Sure thing, but I doubt it would be my first choice. Maybe if I'm in a NOLA themed bar of some kind it would be top choice, just to play along.

Would I drink this if someone gave me a glass: Absolutely.