Review #12 - Ballindaloch Straight from the Cask (is a Lie) 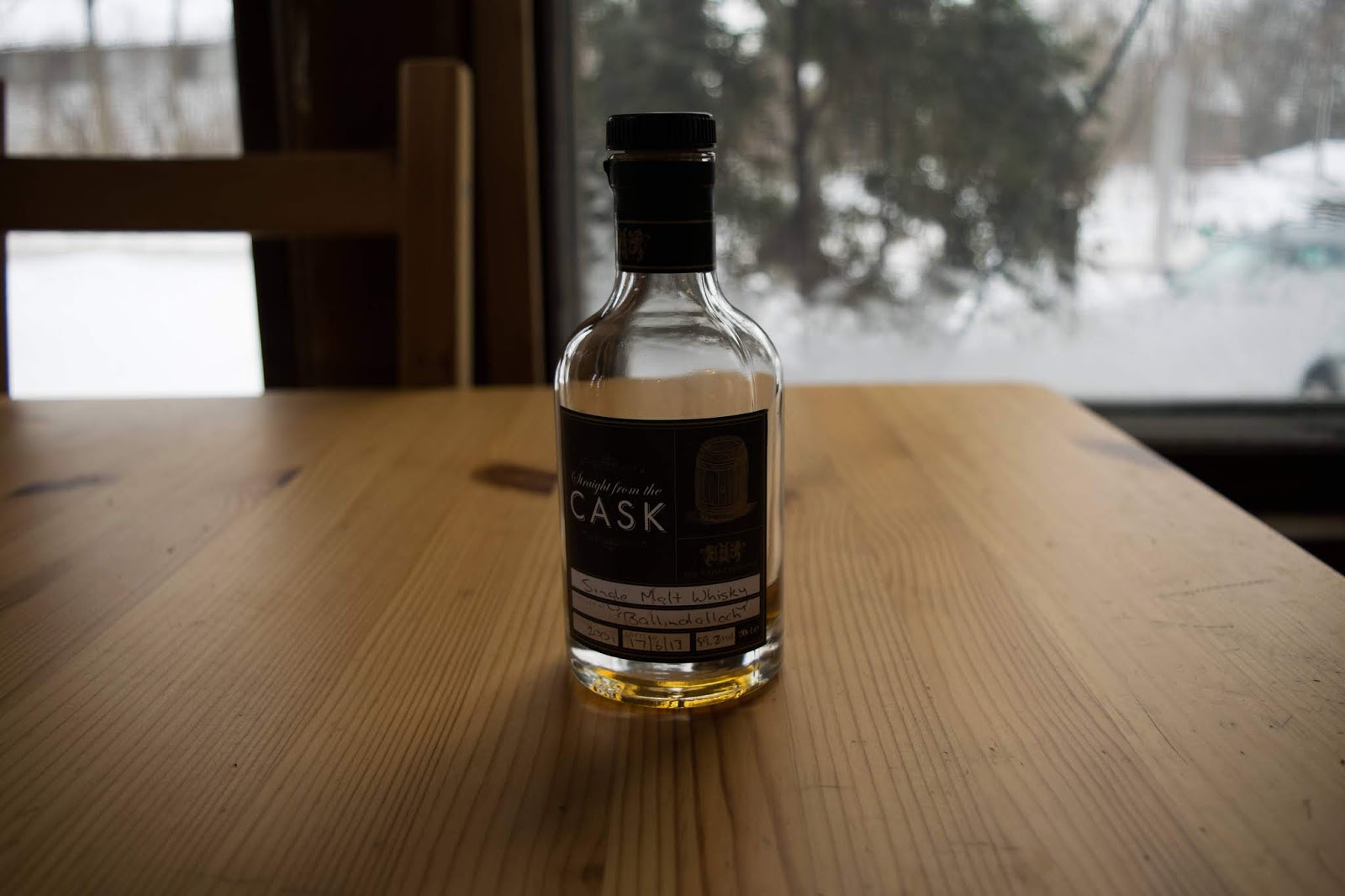 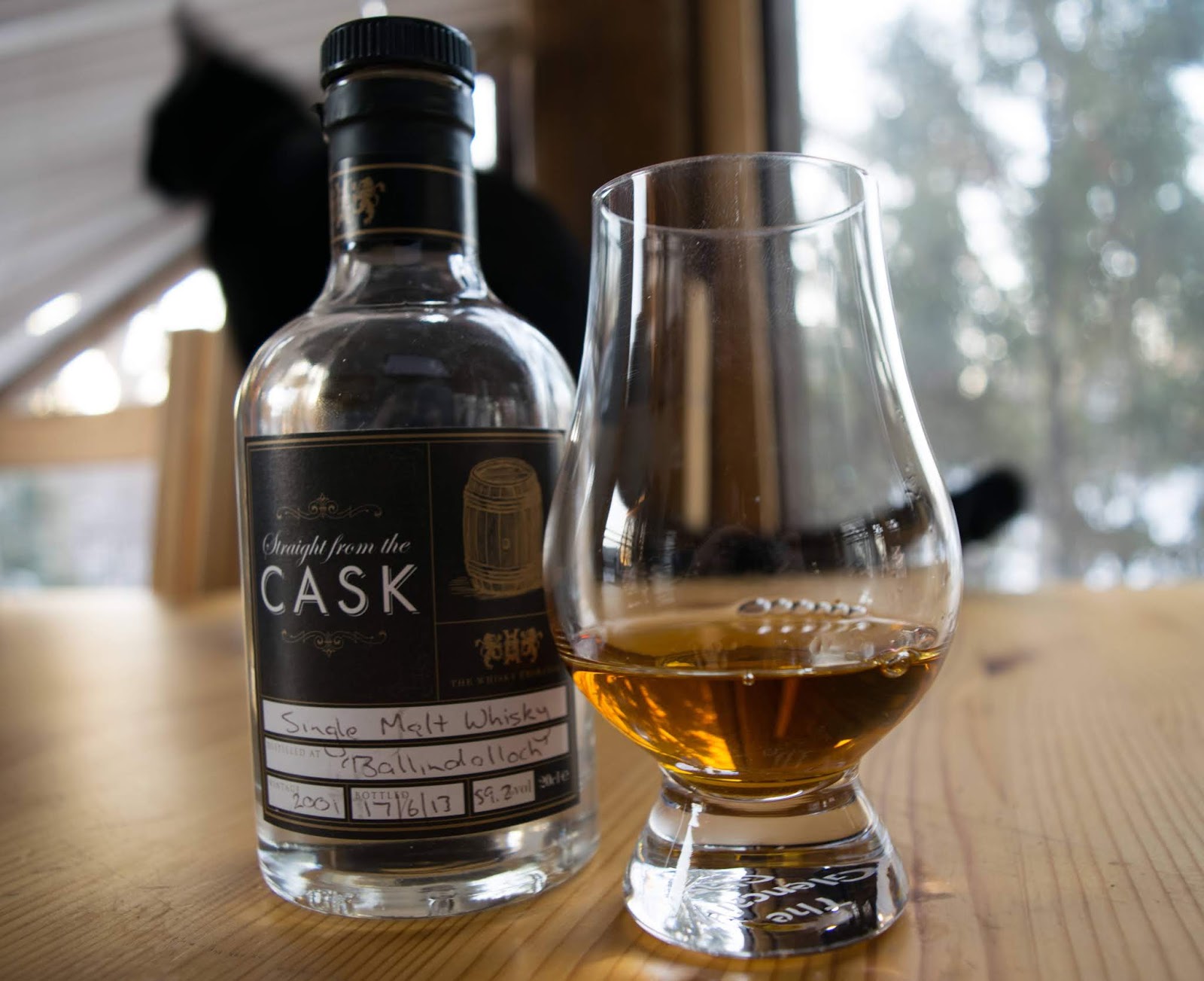 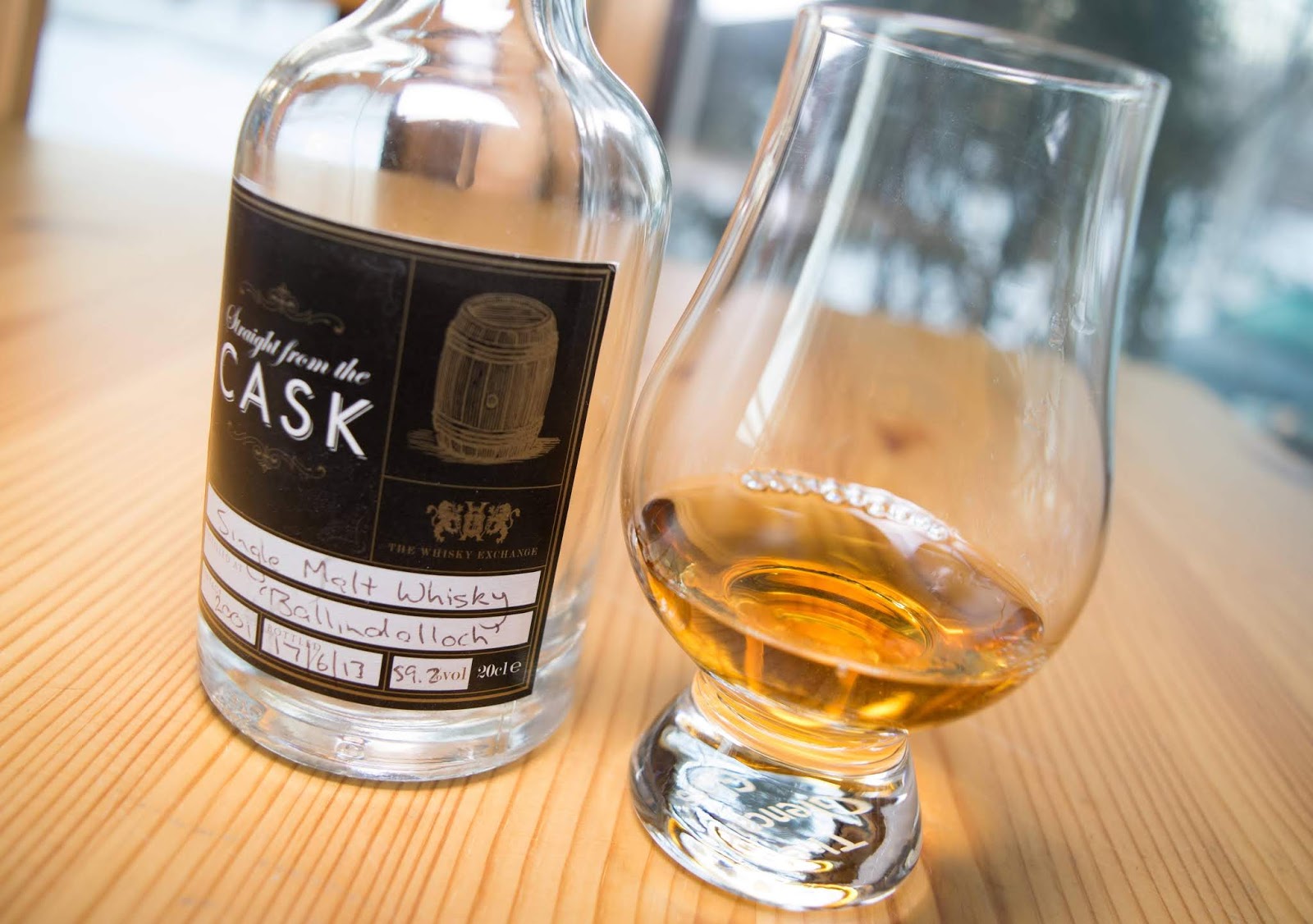 This was a gift from my friend Ben, the last pour from this little bottle he got at The Whiskey Exchange. It's labeled Ballindaloch, distiller 2001 and bottled June 17, 2013. However, it can't be Ballindalloch, as they state themselves they didn't start building a distillery there until 2011.

I've been told it's likely they were able to get away with this labeling because the bottle is listed as Single Malt Whiskey, not Scotch.

Color: Rich liquid bronze, like the hand hammered malt of the gods.

Nose: Sweet and malty cherries, then a touch of caramel. It bring to mind a warm autumn day in an orchard. Bits of sweet wood smells, but mostly ripe fruit and sweet polleny things.

Palate: Toasted grains. Huge and flavorful like most cask strength whiskey. Quite sweet, definite sherry notes. Layers of vanilla and something richer, with a ripe fruity twang. The char of the barrel it was in comes through as well. There's a lot going on, and it's all in the same genre, so individual flavors are hard to pick out. It's the flavor equivalent of Phil Spector's Wall of Sound; you know you like it, but at the same time it's weird because it all blends together in a way that makes it hard to determine quite why.

Finish: Long, sweet, and smooth but lingering. Lots of sweet caramel, with some delicious deep burnt caramel flavors under it. Reminds me of bochet a bit, if you've ever tasted a bochet. Hints of dark cocoa, and something tannic. Hazelnuts and oak. The sweetness remains to the very end, as if all the other flavors were rolled in honey before being placed on your tongue.

Verdict: This is awfully good, but it's not actually Ballindaloch, their still hasn't been running long enough. Everything I can find tells me this is a sourced Cragganmore barrel, and the flavors tell me that's probably true. The nuts and honey bit of Speyside cranked up to 11 at cask strength.

As for guessing it's Cragganmore, I should say there's nothing that tells me it's not. It's the most general of Speyside flavors, all cranked up high. The family has a long history with Cragganmore, which makes me think it's their stuff. The link above even states visitors there will be tasting Cragganmore casks. I could be entirely wrong. I'll probably never know.